What if the star of the high school football team was gay? In the Lambda Literary Award-winning OUT OF THE POCKET, 17-year-old Bobby Framingham is struggling with a secret. One of the most talented players in his state, Bobby knows he is different from his teammates. But he so much doesn’t want to be. Can he be one of the boys while still being who he is? And how will the girl who thinks she’s dating him take to the news? 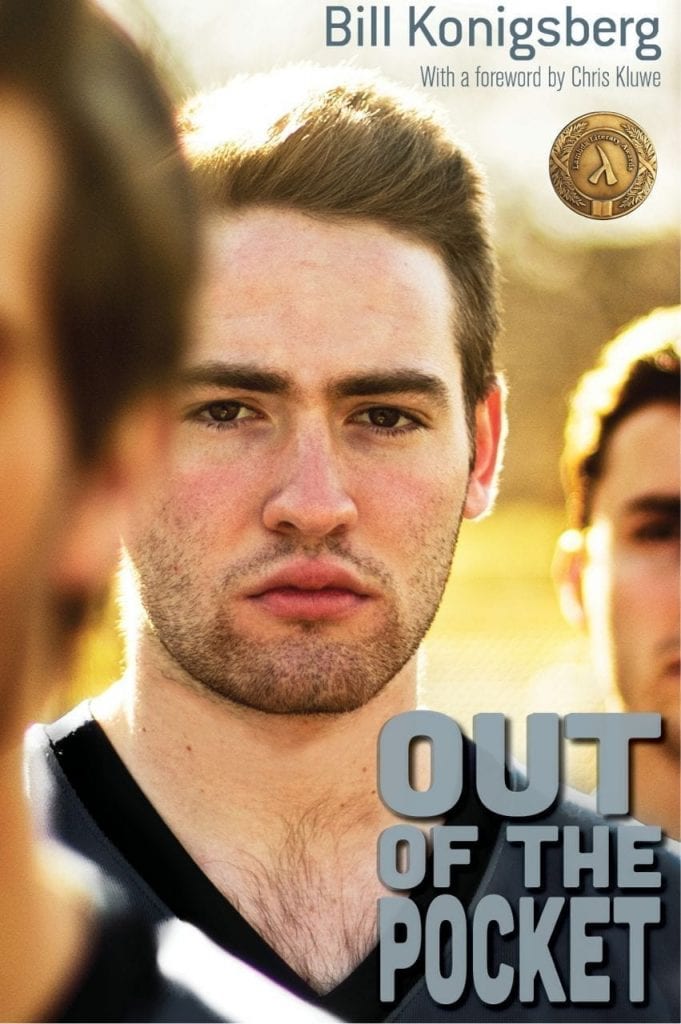 “A thought-provoking, funny, and ultimately uplifting story of self-actualization that masterfully defies stereotypes about both coming out and team sports.” —School Library Journal

“It’s tough enough completing your pass as the linebackers blitz, but when your private life is also crashing in, the game is about survival. A hard-hitting first novel about quarterbacking your life.” —Robert Lipsyte, author of RAIDERS NIGHT

“How I rooted for Bobby, and all his imperfect, complicated, oh-so-human friends.” —Catherine Gilbert Murdock, author of DAIRY QUEEN and THE OFF SEASON

“The best teen novel I’ve read in ages. This book seamlessly combines two genres, the sports novel and the coming-out story, to tell of a star high-school quarterback who’s coming to terms with being gay while caught in a national spotlight. Konigsberg avoids all cliches and instead fills his book with funny, fantastic, surprising characters. He also makes each football game a riveting, high-stakes event.” —Mark David Bradshaw, Watermark Books